How do the perspectives of poverty contribute to medical care, environmental and educational systems?

Article 1: In article one, there are various ways that statistics affect the way that poverty is shown and what different family groups incomes are. For example there were examples of Single Individual incomes, single parent incomes, and two adult incomes. This relates to the universal theme of systems because it connects to other systems of economy. 3
Article 2: In article two there is information about the different levels of poverty in school districts and how each district has income statistics about the families. This article also explains estimations or approximations of levels of poverty up to date.
This  connects to the universal theme of systems because the poverty levels are composed of subsystems or parts of other economical systems. 3
Article 3: The third articles explains mostly on how some parts of society are more into poverty than others such as whites being superior or in less related to poverty in the U.S. This relates to the universal theme of systems because they are composed of a job system and parts. 2

Throughout exploring this topic I found out that the rates of poverty are mostly based on the type of  race or social groups. Another topic I found new was the different rates of family incomes and how they affect the poverty levels in the U.S. 2

In our next steps of information we hope to find levels of economy that connect with medical service within poverty or low income that relates to poverty. I also hope to find more levels of poverty to do with other people in poverty level.
Our collaboration at the moment is great at the moment. A couple of discussion issues but no more. It's all good. Its working well such as who does what and who doesn't and what to work on and all.

Since the last time I wrote I found out that most levels of poverty are most racially targeted and/or ethnicity within society. Another fact that I found was that poverty levels decrease and increase depending on the annual incomes each year. Yes our question and topic changed. We went from sports injuries to poverty. Our driving question is How does the perspective of poverty contribute to education, medical care, and environment? We changed our topic because sports injuries were just too simple to explain and poverty may be a worldwide issue but not a worldwide discussion in everyday lives. We are doing interviews on education experts such as teachers, medical experts such as doctors, and environment experts known as social workers. We are doing an interview to see how they feel or how they think of poverty as. During the process there were many ups and downs. The ups were parts such as finding who to interview and the easy part was finding adults who could help us communicate to them with us.What I need to make sure to do successfully and complete in order to put on the project is the work itself such as research and backup research to put on the poster board. Collaboration is very great among my other 2 peers Daniela Martinez and Lupita Nieto. Collaboration is working well yet the comprehension of the ISD is not at the moment but it all takes time.

Since last time we researched, we found out many new innovations that contributed into our research. During our interviews, we found out that poverty affects the way that big roles such as doctors, social workers, and teachers perspective on the world and on their career in society. I learned that everybody in our group plays a certain role for our overall collaboration. For example, I think of some ideas that add up to one big idea that adds onto our project, Lupita supports in the decisions that we conclude to, and Daniela mainly puts everything together with the support of the rest of us. Our group and I created the background to match with the systems of our driving questions. For example we drew and colored in a school to represent the education system, the buildings to represent the system of medical care and the angel stadium to show the levels of poverty (homeless) within the sidewalks of the water canal. We are planning to do two hands with different items on the hands that represents the subsystems that create the system of poverty. In the past few days, collaboration has not been too great.. In my opinion I think it's been due to the fact that it's being symposium is almost over and the stress compiles towards the end. This leads us to clashing within among our group. We have managed to fix things at the end but overall from 1-10. It's been a good 6 or 7...

Our driving question was “How do the perspectives of poverty contribute to medical care, environmental and educational systems? Before we turned in our project we made sure we had multiple requirements such as spelling, citations. Creative piece component, and so on. I learned many things as my project progressed over time such as levels of poverty, most affected groups, racial or cultral, and necessities that are lacked within poverty. I learned through the scholarly research of this experience to make sure sources are credible and reliable not just using any random information just because it has the word of your topic on it. I learned that oral presentation requires many skill such as confidence, connection, an reliability with the audience to give the best experience while showing them and interpreting your piece. Our collaborative process was probably the most important part throughout this whole experience. Without the collaboration I had within my group, nothing would have been able to accomplish or possibly not even presented. The collaboration overall was high 7 out of 10. The reason for the 7 is because of the personal issues with each other among the group but overall, academic collaboration was a solid 10 overall. If i could have done anything differently it would have been to use time more efficient to release stress or reduce it because time was a major role and helpful key to the whole project itself, in other words a lot of time was required to complete out project to fulfill its requirements.

Proctor, Bernadette D., What is the current poverty rate in the United States?(2016)
http://poverty.ucdavis.edu/faq/what-current-poverty-rate-united-states 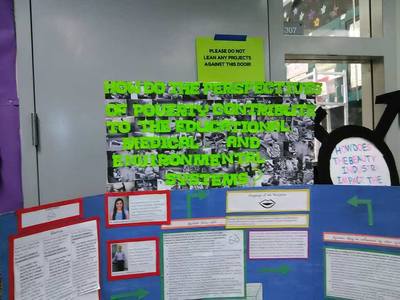 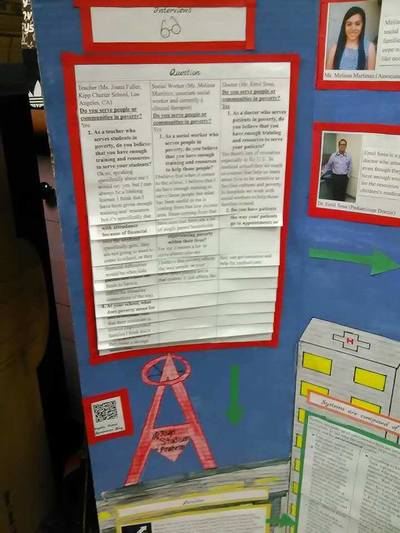 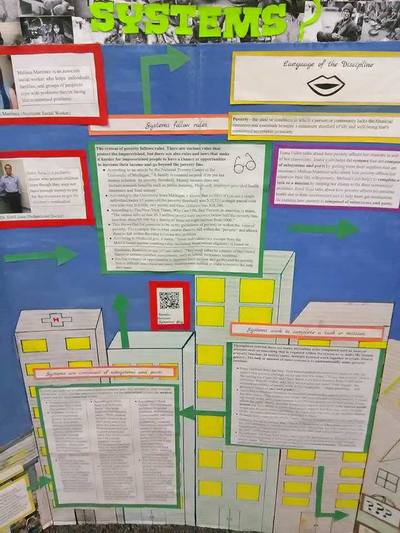 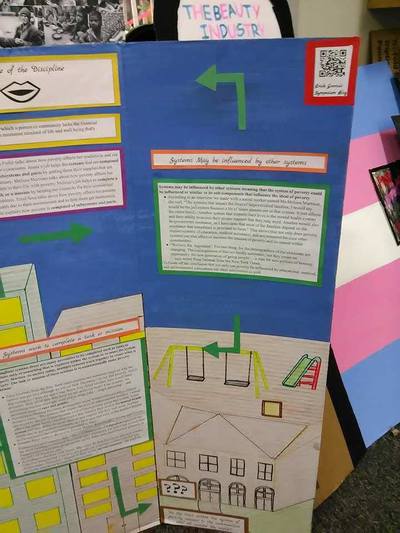 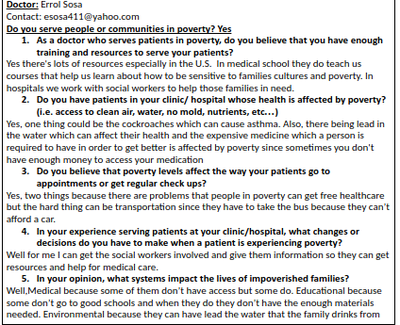